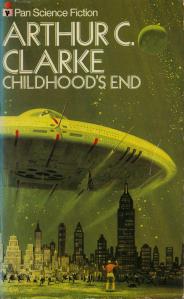 Ecclesiastes 3:11 (NLT) — 11 Yet God has made everything beautiful for its own time. He has planted eternity in the human heart, but even so, people cannot see the whole scope of God’s work from beginning to end.

Some cite man’s idea of Heaven as proof of its existence. They argue that eternity with God is something we would not make up. The idea would be cruel, in their minds, if it wasn’t true.

Eternity is indeed written on the human heart. World religions address the afterlife. The non-religious often hold to a squishy hope-so view of forever. Others, however, take a different approach.

Science Fiction, whether books, film, or television, is my favorite genre. It allows its creator to wrestle with ideas outside of those ideas’ natural confines. It is much easier to write about race when the conflict is human versus alien rather than black versus white. It’s natural that eternity would also be a science fiction topic.

Isaac Asimov, Arthur C. Clarke, and Robert Heinlein are generally considered the giants of 20th century Science Fiction. I recently read Asimov for the first time and thoroughly enjoyed Foundation. Heinlein’s Starship Troopers and The Moon is a Harsh Mistress have also challenged and entertained. Clarke was my introduction to the genre.

If you’ve never read Clarke, you may have seen his collaboration with director Stanley Kubrick. Together they created 2001: A Space Odyssey. The theme of eternity ran throughout the movie and its accompanying novel. Dave Bowman’s rebirth as the star-child, indicated that man would exist forever through evolution. 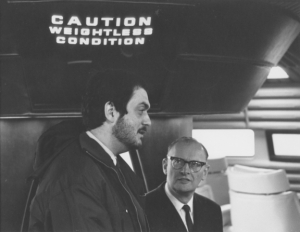 Clarke wrestled with the same theme in an earlier novel, Childhood’s End.

The book tells the story of an alien invasion of earth. The novel begins with the tension of the 1950s space race. That competition ends when alien ships, possessing far greater technology than any nation, suddenly appear over the world’s major cities. Man stops looking to the stars because he is clearly outgunned.

At the outset, the alien’s presence brings peace and prosperity. Nations forget old grievances. Alien technology, on loan from the Overlords (the alien’s official title), improves the world’s economic standing. Hunger, poverty, war, disease, and virtually all evils, are eliminated.

There is one problem. The aliens initially refuse to be seen by humans.

The Overlords wait several generations to reveal their appearance. When they do emerge, they look like Satan, as depicted in religious art. The Overlord’s shocking look is accepted because they have successfully debunked all religions.

Clarke was no fan of Christianity.

The last third of the book focuses on two children, whose parents have moved to an artistic community on a Pacific island. The son begins to have dreams of other worlds and his little sister, still in the crib, develops telepathy. The siblings are the first of a large scale step towards the next phase in evolution. This change takes place only in children. Through the eyes of the final living adult, we see the completed evolution of earth’s children, their merging with the cosmic conscience, and the complete destruction of earth.

Clarke was a brilliant author and scientist. No one can deny his intelligence and imagination, but his conclusions about eternity and “what’s out there” have always puzzled me.

In 2001: A Space Odyssey, Clarke and Kubrick conjectured that aliens could have been the cause of evolution and man’s advancement. In Childhood’s End, Clarke presents an underwhelmed opinion of mankind. In this view, home sapiens are incomplete. They must take the next step.

Because God has written eternity on each person’s heart, if a person rejects a biblical worldview, he will create his own idea of forever.

Clarke opted for aliens, or a cosmic consciousness. Eastern religions expect oneness. Muslims regard Heaven as an oasis.

All this hypothesizing is a result of the marred, but retained, image of God in man. God created man to have an eternal relationship with Him, but when Adam ate of the fruit we all fell into sin. Sin affects all areas of our lives, including thinking. So, brilliant folks like Arthur C. Clarke conclude, “It must be aliens.”

When you and I understand that God created us to know Him, and that through Christ we can do so, eternity takes care of itself. Aliens and evolution are not needed. Man is God’s ultimate creation. We might be a bit messed up, but if we know Him, we’re getting better.

I’m sure I’ll continue to read Mr. Clarke. But, as I do, I pray that I’m reminded that even the brilliant are often spiritually blind.